Selfies in The Kings Chamber 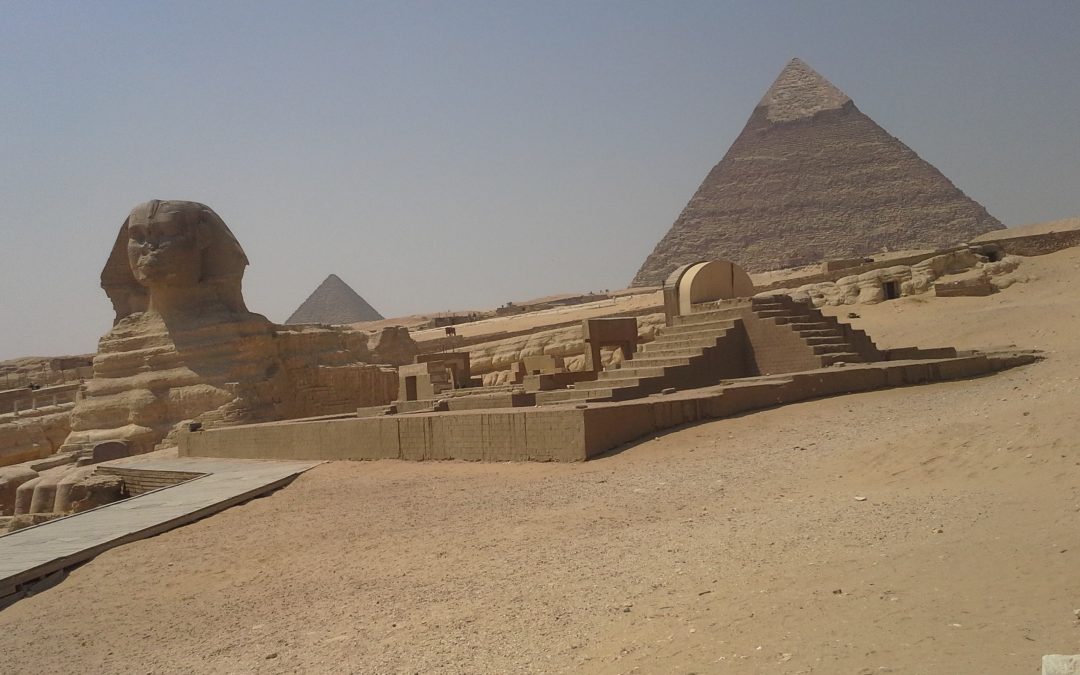 This year I made my third trip to Cairo. I have visited the Pyramids at Giza each time actually. This year I decided that I would climb the 203 steps to visit the Kings Chamber. I heard that it would be claustrophobic but I figured how much worse could it be that flying coach, or attending a concert at The Blue Note?

Last year, drummer Lionel Cordew reported that his watch that had stopped working before we left New York had started working again after his visit to the chamber. Frankly it’s a wonder we didn’t all pack up our watches just to see. So we all agreed to head up the narrow slanted passageway where sometimes you had to bend down to fit into a space no taller than my chest while still climbing. Shortly after the really cramped climb started, Mamadou who is at least 6’5, turned around ahead of me and said , nah . As he squeezed past me I thought two things. First I was glad to catch my breath and second what the hell am I doing this for? I forgot to bring the twist – o- flex watch that I keep on my bureau to remember my late father. I was wearing a new watch that I bought in the airport in Switzerland last month. That’s when I decided that if I come back I’m not coming up here again. I asked my self can you do this? That little voice that has always said ‘of course I can’ was not as confident as I’d hoped but I continued climbing anyway, challenging myself for the sake of testing my determination.

I found Sandra and Etienne waiting for me at the first landing where you could stand upright. I was breathing pretty heavily and thrilled to learn the next portion of the passage didn’t require stooping down while climbing. I thought of visiting my friends in France with the five story walk up, it felt about the same. I climbed the three rungs of steel set into the stone like the ladder on the back of a boat and chose the pathway on the left and before I knew it I arrived at the last place where I had to crouch to get through a tunnel about 4 feet tall and about that long.

Use this link to have a look inside the great Pyramid: http://www.gizapyramid.com/newtour4.htm
Something about the room was a little anti climactic but that’s just me. It wasn’t really as hot as some red faced tourists on their way down warned and I was relieved. We saw the open chamber where once King Koufu was laid to rest. My legs felt a little wobbly in a good way. I said a few prayers for everyone I know and love and opened myself to the idea that whatever powers that were spiritually pure I would embrace.

Mamadou snapped a selfie with his i-phone and got a great shot of the passage: 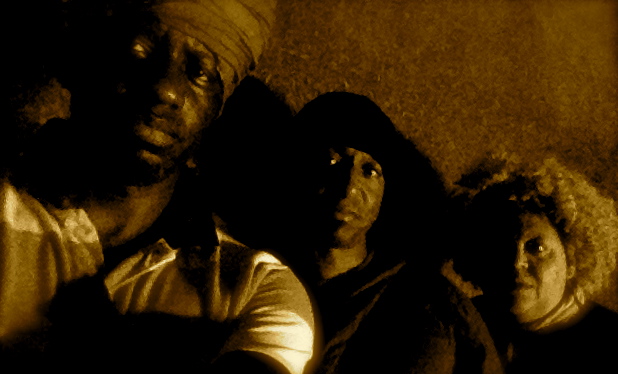 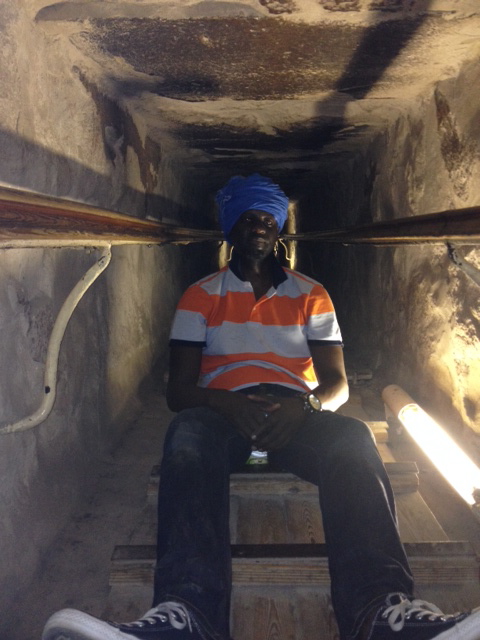