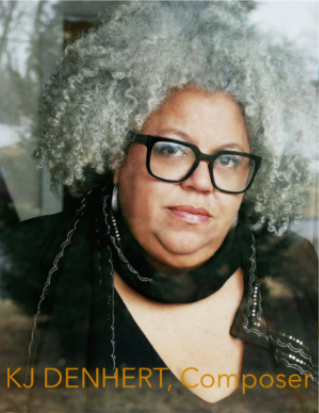 KJ Denhert Receives three IMA Nominations in three categories for her album, DESTINY
(Please be so kind as to vote for KJ who is nominated in the 14th Annual Independent Music Awards)

A previous winner of 2 IMAs, KJ has received seven nominations through the years. In 2012 KJ’s Reggae Anthem “Choose Your Weapon” won top honors in the Social Action category and her album, ANOTHER YEAR GONE BY won the Best Live Performance Album category in 2005.

Other awards and honors include winning the JOHN LENNON SONGWRITING CONTEST in 2012 in the World Music Category and being named among Jazz.com’s top 5 female jazz vocalists in ’09. She was a winner at  Kerrville in ’06, and in ’05’s Mountain Stage New Song Contest. Just before the IMAs were announced, Arts Westchester (County, New York) named KJ as one of the 50 Artists honored at a “50 for 50” Awards event on April 17.

A crowd pleaser, whose music is difficult to classify but very easy to enjoy, KJ Denhert is a musician and performer in her own special category.

Born in the United States to a family who came from the island of Grenada, KJ Denhert was influenced by musicians ranging from Sergio Mendez to James Taylor. She has played all over the world and has 10 albums to her credit. Her latest album, which is netting these three new nominations, is called DESTINY.

The liner notes for DESTINY open with a quote by 17th Century French fabulist Jean De La Fontaine, “A person often meets his destiny on the road he took to avoid it.” KJ wrote nine new songs for the album, tackling subjects like acceptance, intuition, love and integrity. Many of the songs were written on the tiny island in the French West indies, called  Saint Barthélemy .  (She plays every winter in St. Barth.)

KJ defines herself as an “urban folk and jazz” artist, often stepping outside of that box to explore other styles that influence her. Her songwriting stands out at every performance, along with her smoky rich alto vocals and stellar guitar playing. A lover of songwriting and story telling, KJ will move you to tears and laughter over and over all night. In the last 18 months KJ has performed in Italy, Egypt, St. Barth, Nepal, Turkey, Germany, Switzerland and Alaska. In the last 18 years she has held a residency in a New York City prohibition era jazz and blues bar called The 55 Bar with a band that doesn’t disappoint.

A self made woman, a self taught guitarist, KJ is thrilled to be invited to perform for this September’s WOMEN IN POWER retreat at the world famous Omega Institute in Rhinebeck, NY.

KJ is asking all of her fans  to vote in the Vox Populi (the People’s Voice) competition before July 31, 2015. Voters will need to register at www.independentmusicawards.com/imanominee/Login.aspx.

The IMAs honor exceptional independent artists traditionally ignored by mainstream media and big box retailers. For the past 14 years, artists and labels from around the world have found new fans and prominence through The IMAs. Produced by Music Resource Group, publisher of the popular industry networking database The Musician’s AtlasOnline.
###